In order to explain the Realm and the way the Ancients of Light series is going to develop, I am going to delve into my personal reading preferences.  If you have read my bio, I mention Julie Garwood and Judith McNaught as my influences. If you have not read either author, I highly recommend both. Shoot me an email and I will give you my top picks for each.  Seriously.


Both write rich tales with spirited females (Garwood’s always a bit quirkier and totally endearing) featuring heroes that are strong and honorable. Often these men are also unbending, powerful, and arrogant – at least until the perfect woman comes along and teaches them a thing or two about love.  I read most of these novels in the 90s, (I am dating myself – yes), but I consider the bulk of work by each author to be timeless. I have read them all again, countless times since. These are the authors I adore, the ones I aspire to be like.


I realize my style of telling a story is different from a lot of contemporary authors, with my long tales and my style of prose.  It is purposeful, because I write the types of tales that I always liked to read. I figure there are readers that will enjoy epic tales of triumph over trial where love conquers EVERYTHING. I read many contemporary authors, but I return to Garwood and McNaught over and over. If I can create tales that bring the same type of enjoyment to my readers, then I consider that success.


So, if you have read the second book in the Ancients of Light series (Forsaken), you have realized by now that it is not another book about Lorcan and Kat (I mean seriously, could you stand thirteen books of Kat’s antics? I adore her and I know that could get TEDIOUS). Forsaken continues the story of the fulfillment of the Prophecy (as every book in the AOL series will) and Lorcan and Kaitriana are in the book, but they are not the main characters.


In this series, Lorcan, Kat, and nearly every other character you meet along the way will carry over from book to book. Some characters will feature more prominently in certain books and lesser so in others. It depends on the story being told. Kaitriana and Lorcan will have a substantial role in every book, because each novel will take us deeper into the Realm, the Prophecy and the rise of the Queens.  Lorcan and Kat are central to all of it.  You will continue to see their relationship grow and develop over the series, just as you will see the dynamics in the Realm shift (more than once).  Lorcan and Kat’s story did not end with Chosen, but they will not be the featured couple again…probably  J (Never say never).


So, what I am rambling on about and trying to say is this - Kat and Lorcan are not Cat and Bones. This is not going to be a Night Huntress type series because that is not how my books were ever intended to progress (I have heard a ton of praise for that series, but I have not yet read it myself).  There are seven Queens that have to rise before the Prophecy can be fulfilled.  I think each one of those fabulous females deserves her own story and her own hero.


The women in Ancients of Light are amazing and the way they will come together and realize their power…WOW!  Trust me, you would be disappointed if there wasn’t a story devoted to each.  In addition, I have other stories that are necessary for the development of the series because there are bits and things that must come to fruition (besides the rise of the Queens) before the Light can achieve its mission. Those females rock too (you’ll meet one in Broken, Ancients of Light #3). 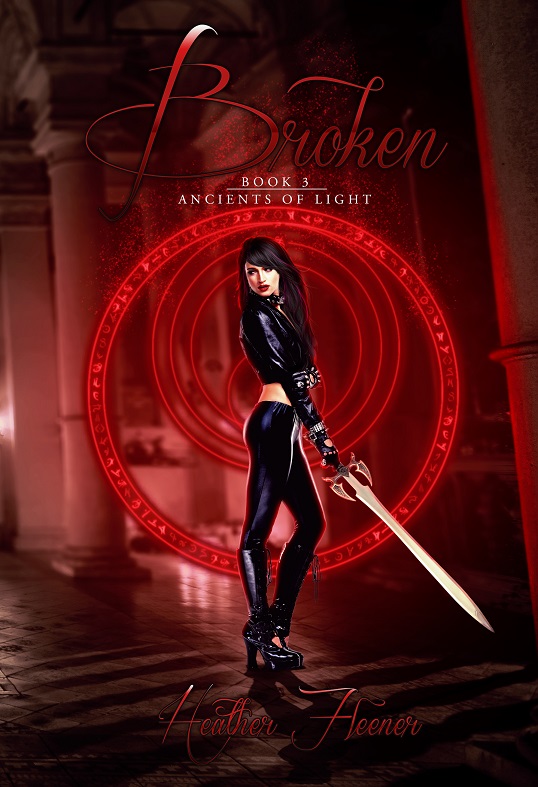 We are going to have a lot of fun.


Have a Happy Week, Peeps!
Email ThisBlogThis!Share to TwitterShare to FacebookShare to Pinterest